Mary Ward established a house in Pressburg, now Bratislava, in 1628 with the intention of establishing a school for girls. Just a few years later the institute was suppressed and the sisters departed.  Not until 1882 was another foundation made this time in Prešov. From here other communities were founded including Bratislava. The Slovak Province was set up in April 1941.

During the communist period the sisters were restricted in their work, their training and their freedom of movement. Those who joined the CJ did so as ‘underground sisters’. In the period from 1968 till 1973 it was possible to join the CJ officially, but then restrictions were re-imposed. After 1990 and the collapse of communism membership of the province grew rapidly. Today the sisters of the Slovak Province are in ministry in the Czech Republic, the Ukraine and Rome.

Some of the sisters teach in schools and at university. Others are involved in pastoral work, health care, social work, spiritual accompaniment and spiritual exercises.

To know more, you can visit their web: https://www.congregatiojesu.com/ 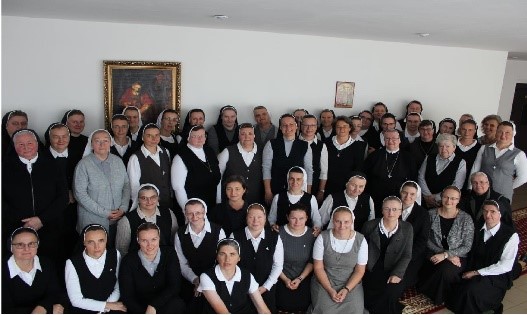