On Sunday 20 March, the first of three conversations circles involving all the members of GC 2021-22 was held, with the aim of reconnecting the delegates and the whole body of the CJ to the General Congregation in view of Part 2, which will take place from late August to early September this year. Despite the fact that several months have passed since the end of Part 1 of the General Congregation, the meeting was experienced with great depth and involvement by all participants in an atmosphere of sharing and desire to resume the journey towards Part 2.

The main objective of these 3 meetings scheduled until June is, as mentioned, to allow the delegates to reconnect not only with the themes covered in Part 1 last summer, but above all to reconnect with each other as part of the body of the CJ and the eight members of the IBVM. The reality around us has changed radically in the last few months; in the last few weeks, we have been facing a terrible war in Ukraine that also involves our sisters in the Slovak Province and this undoubtedly has a strong impact on each of us.

The delegates, divided into small groups, shared their experiences using the generative conversation process that is now part of our way of proceeding. The two guiding questions were a great help to deepen and connect again with the rest of the CJ body.

There were several personal sharings in the plenary session that underlined the need for greater flexibility in the mission to serve the most needy, especially after two difficult years in which the whole world was struck by a pandemic that still has not been eradicated. This is even more the case now that we are living in a period of great uncertainty due to a war that could have even more serious implications than those it is already causing. Synodality and the process of becoming one with the IBVM were the other fundamental points that emerged from the plenary session.

The opening prayer presented by members of the GC continuation group and the concluding reflection and prayer from Father Philip Endean enabled all participants to immerse themselves and live the meeting with deep spirituality.

In this way, we will continue our journey towards Part 2 of the General Congregation, which, as Sr Jane shared, will not be a full stop at the end of a sentence but will be comma which will give the opportunity for the sentence to continue. And to leave this space free we must be able to dispose ourselves to openness and to the will of God, who alone is able to guide our hands to write the future of the CJ.

To allow the whole CJ body to “live” this experience and reconnect with the process, the meeting was recorded and you can find the link for more details in the members’ section.

Thoughts on the crisis from Sr. Cosima Kiesner (M.E.P.) 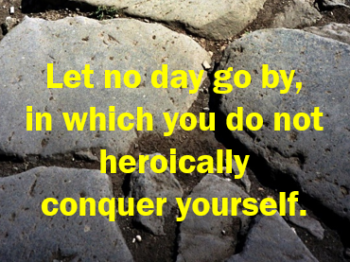 Advice for every day 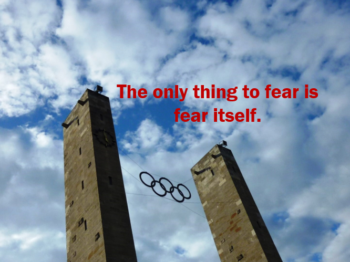 The only thing to fear … 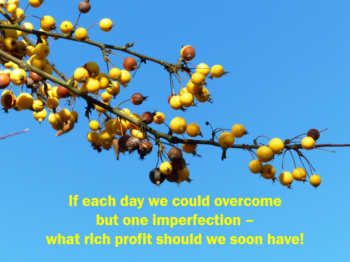 Overcome imperfections – one by one