On 24th March, the Worldwide Mary Ward family met on zoom to participate in a webinar on the topic ”A call to the conversion of hearts for creating a safe environment for children and vulnerable adults.” The resource person was none other than Fr. Hans Zollner a German Jesuit priest, theologian and psychologist, professor at the Gregorian University, director of its Institute of Anthropology and Interdisciplinary Studies on Human Dignity and Care and one of the leading experts on safeguarding and prevention of abuse of minors.

The opening prayer by Cecilia Yeom CJ and team also included a very relevant song ”It shouldn’t hurt to be a child”. The words of this song were written by Allan Roberts and the music was by Doris Fisher. Jane Livesey CJ introduced Fr. Zollner to the assembly of 162 Mary Ward Women whose commitment to the cause of wiping away tears from the faces of the victims of abuse was evident in the large number of participants and the genuine sharing in the small groups.

Fr. Zollner highlighted various reactions of individuals and groups in the Church regarding the topic and said that this is a topic to which often there is no active resistance but uncomfortableness, a lack of knowledge, and a lack of willingness to engage. He also mentioned that in some countries, proactive measures have been taken but unfortunately, although we pretend to be one Church we do not learn from the experience of each other.

It is consoling that in International Congregations expertise in this area has grown. It is unfortunate that we wait until the catastrophe has happened and the stories have been brought to the limelight by the media. He made a passionate appeal to take responsibility to be accountable and an equally passionate plea to cultivate the culture of transparency. The input sessions were followed up by sharing in small groups, which took the mode of generative listening in which participants could share their concerns and what they would do in the future to create a safe environment for children and vulnerable adults in their care and beyond. Although there was only a very limited time to ask questions the criterion of vulnerability and the abuse of power at various levels were clearly explained and all of us left feeling challenged and motivated.

Noelle Corscadden IBVM made a formal vote of thanks. She appreciated the preparatory work done by both the teams, especially Cecilia Yeom CJ and Brenda Eagan IBVM. She highlighted many of the facts shared by Fr. Zollner connecting them with her own experience and extended thanks and appreciation of all the participants to Fr. Hans Zollner.  As always Frantiska Sedláková CJ did a very commendable job of handling the wonderful zoom world for the benefit of us all.  The programme was brought to a close with a prayer by Cecilia. We were also happy that Tina Campbell another expert on the topic was present as we are waiting to tap her resources in a similar forum on 26th May.

The Chilean Province during the Pandemic 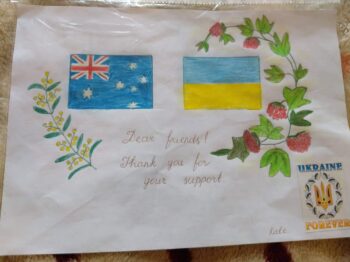 From Ukraine to Australia! 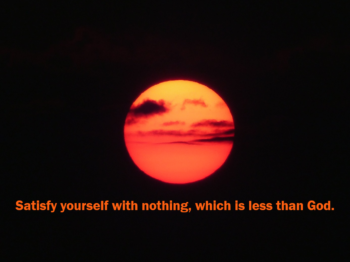