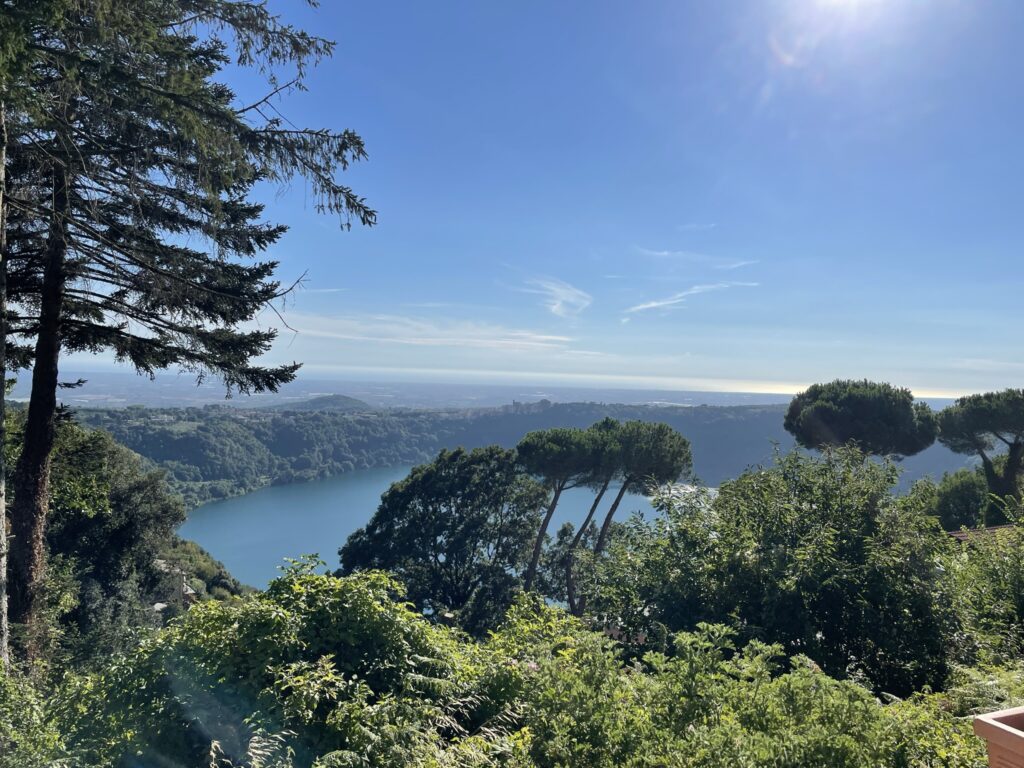 The GC is much work – but brings also moments of joy to be together and to be able to exchange with the other members. We will share pictures from Nemi here on a regular basis – check back often to see them all. 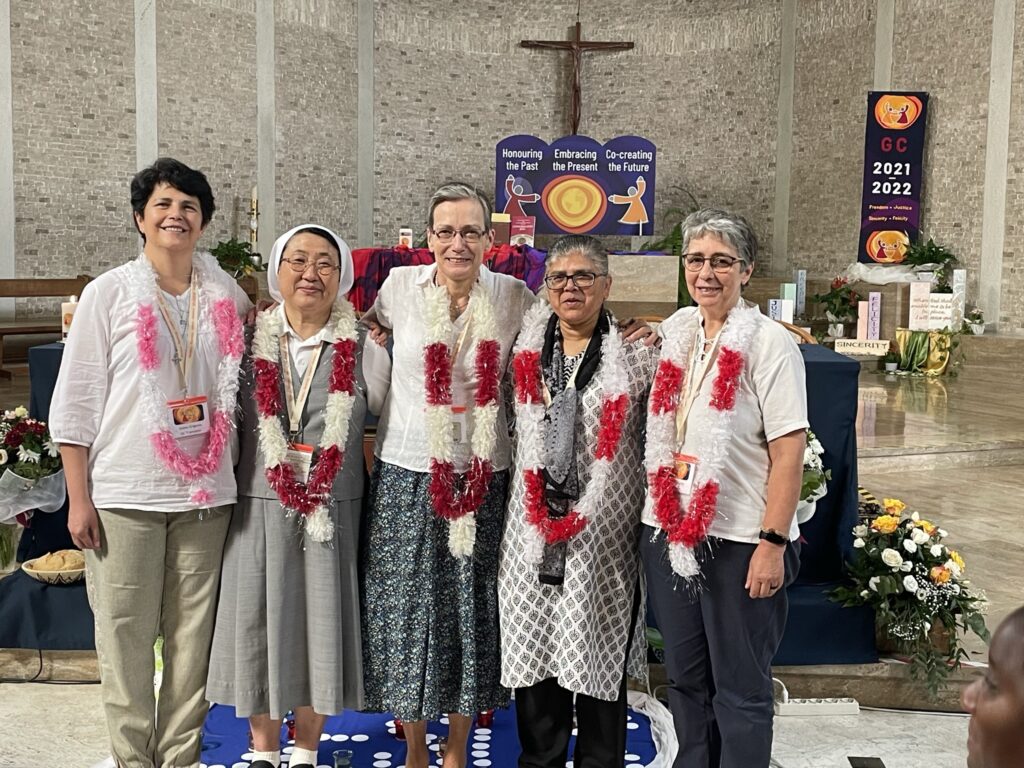 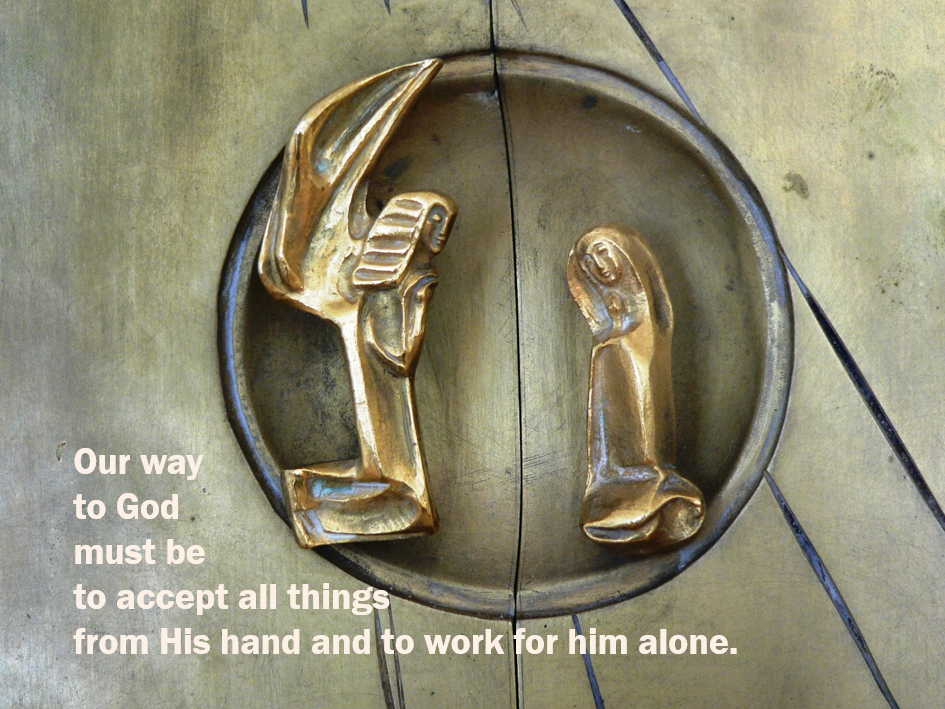 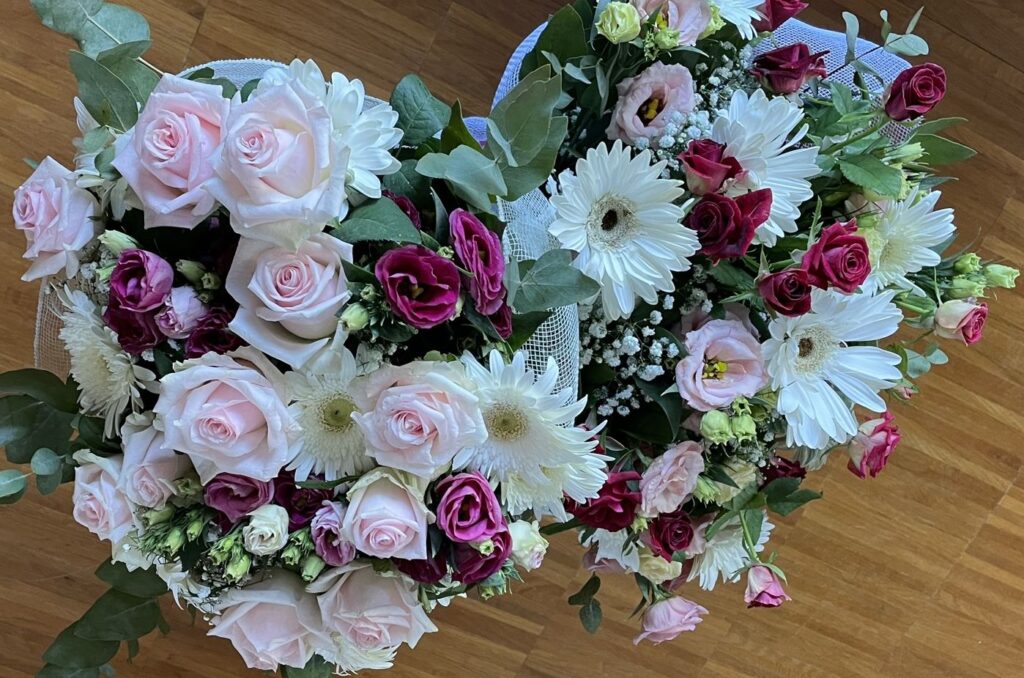 Dear Sisters, I am deeply touched by the many blessings and promises of prayer that have reached me in the last two days from all over the world from the Mary Ward Family, and I thank you all – each and every one, whether I know you personally already or not yet – from the 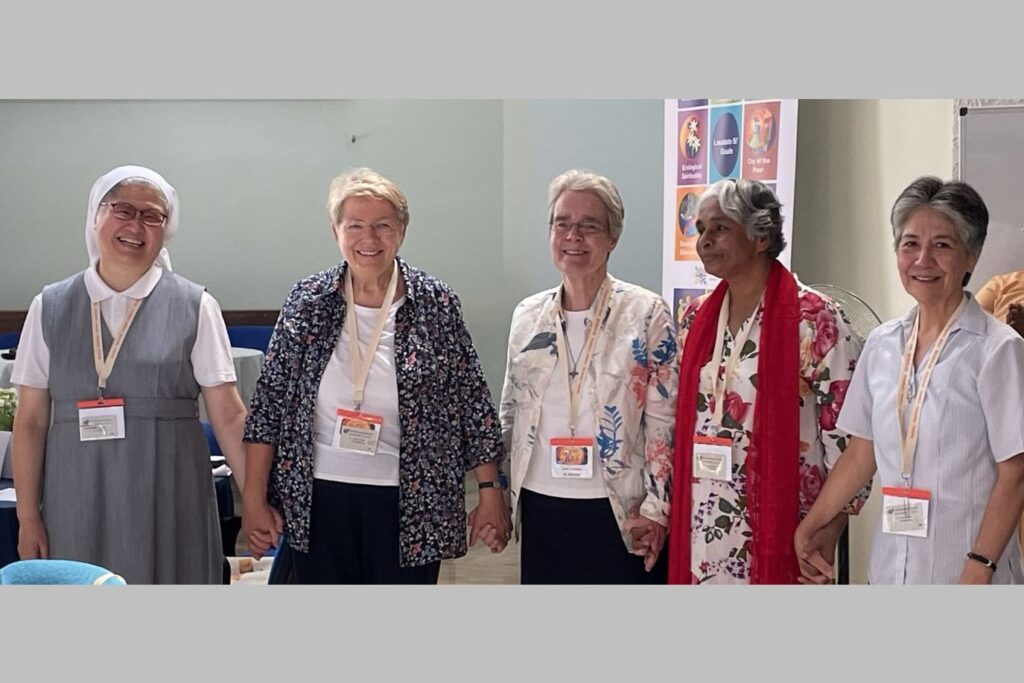 In this part of our blog we collected most of the messages that we received over the past days and that were addressed to the former General Leadership Team to thank them for their hardwork and committment during their term of office. 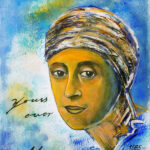 Dear Sisters,Physically we are thousands of kilometres far from each other, but in harmony and prayer, we are also present in Nemi. That’s how I feel: the whole Mary Ward Family together!I feel that this GC2022 brings us the gift of closeness in the whole process.I thank all (CJ/IBVM) who form the General Congregation for 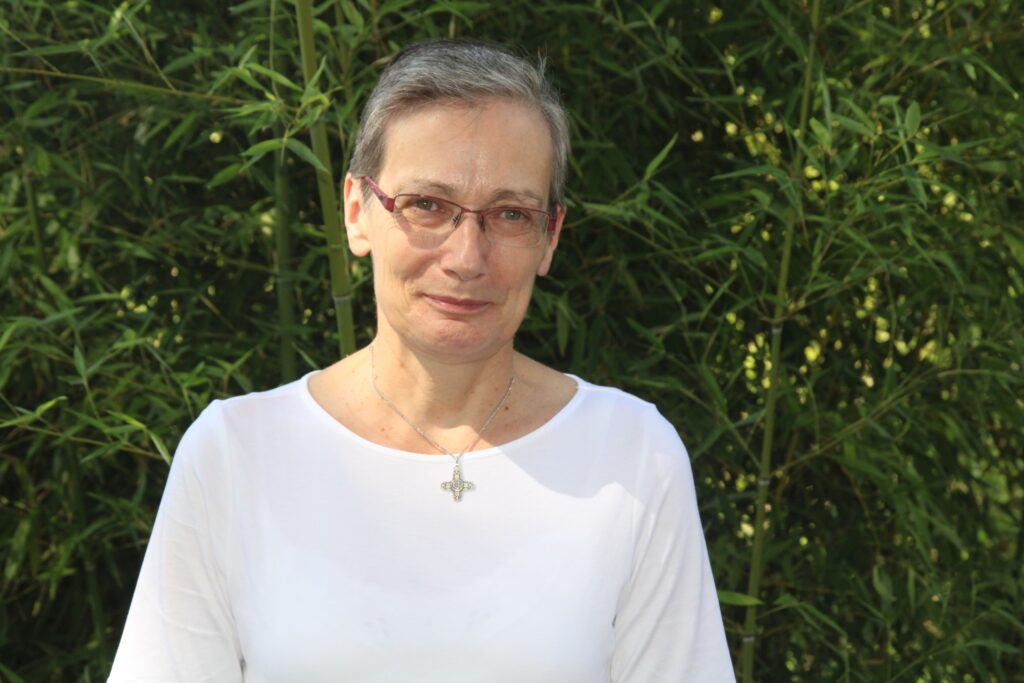 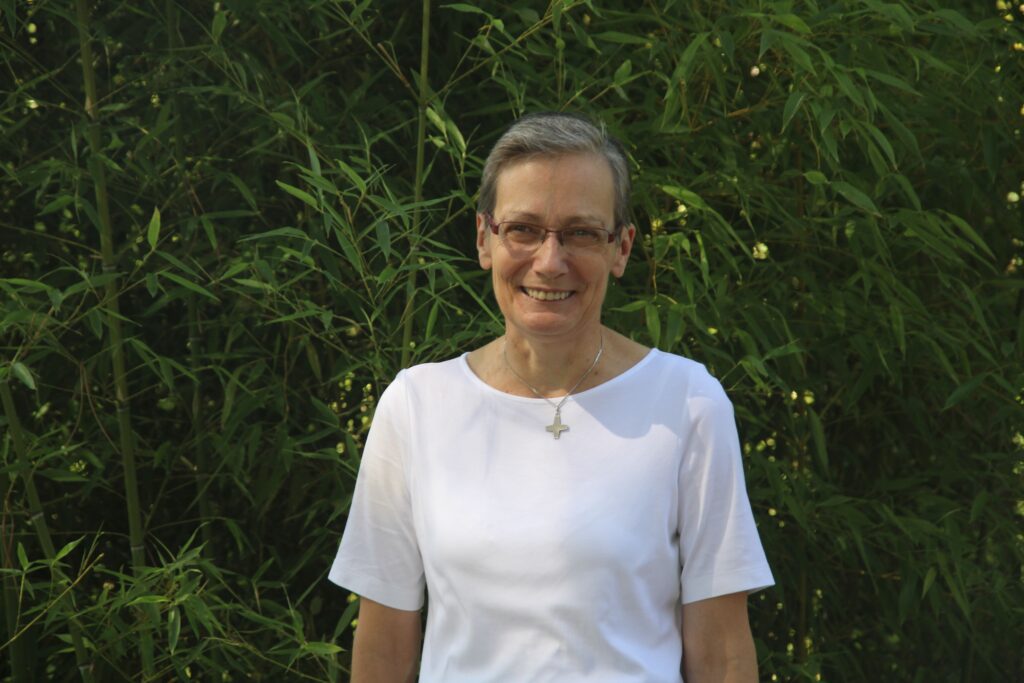 As you can imagine, since the news of the appointment of Sr. Veronica Fuhrmann as the new General Superior was published, we have received many messages of congratulations and blessings for her. We appriciate all your comments on our social networks too. We collect them in this section of the blog so that we could 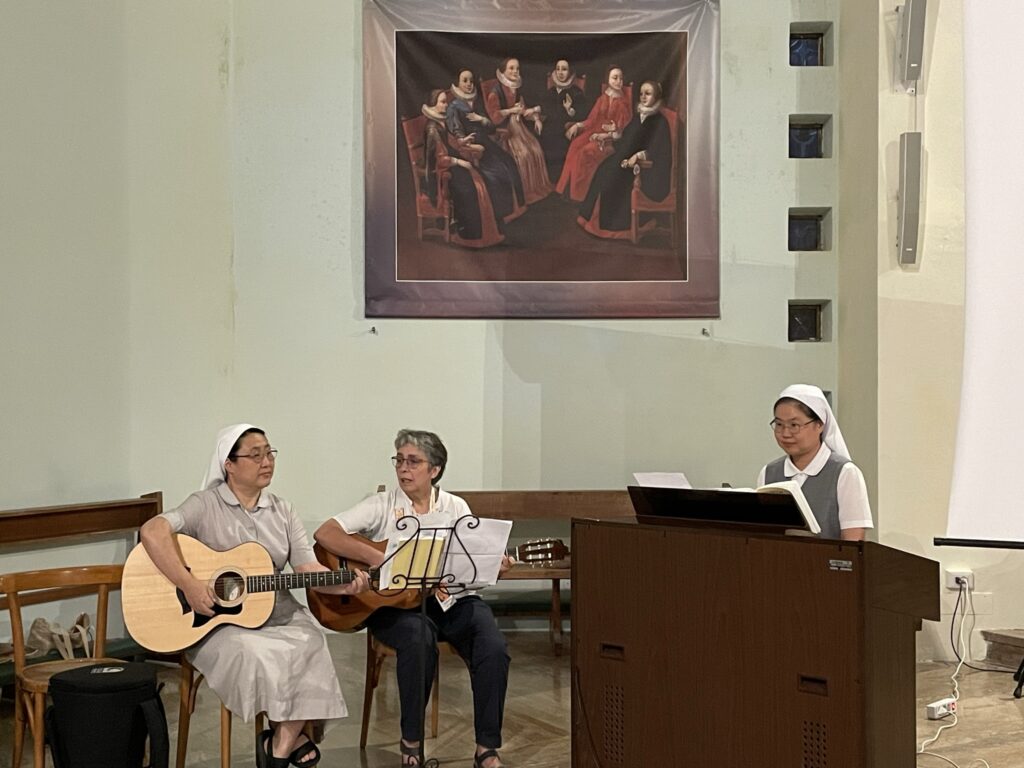 The Responsibility for organising the liturgies taking place during the General Congregation was entrusted to Patricia Rediu CJ (LEP). With Anna Quinterio CJ (LEP) and Elena Gatica Romero (General Leadership), they prepared readings and wonderful hymns that were played together with other participants. A special thank you to our Korean sisters for the Hymnbook that 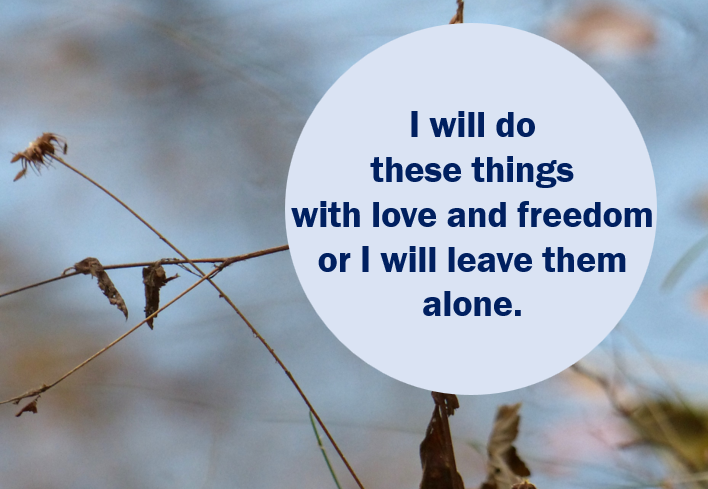 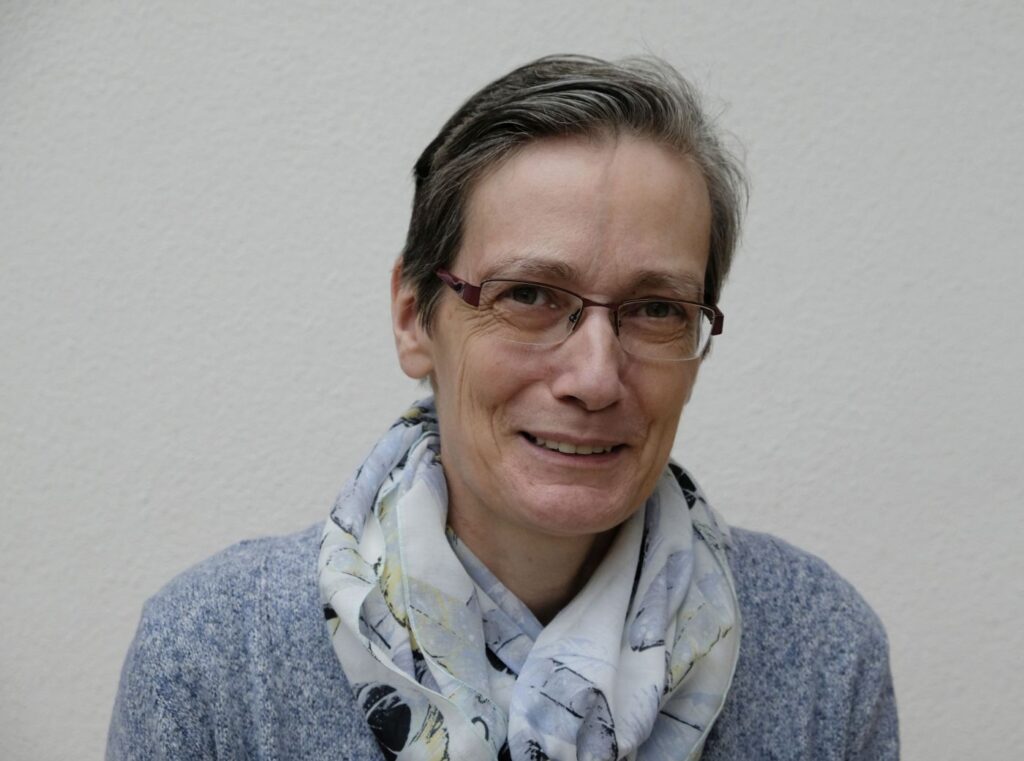 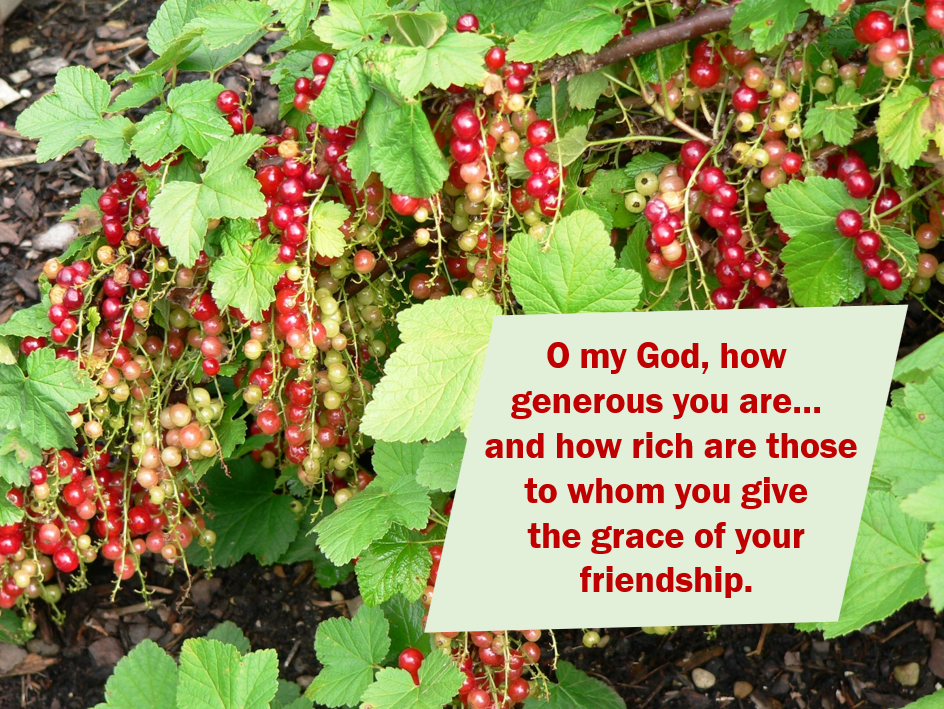 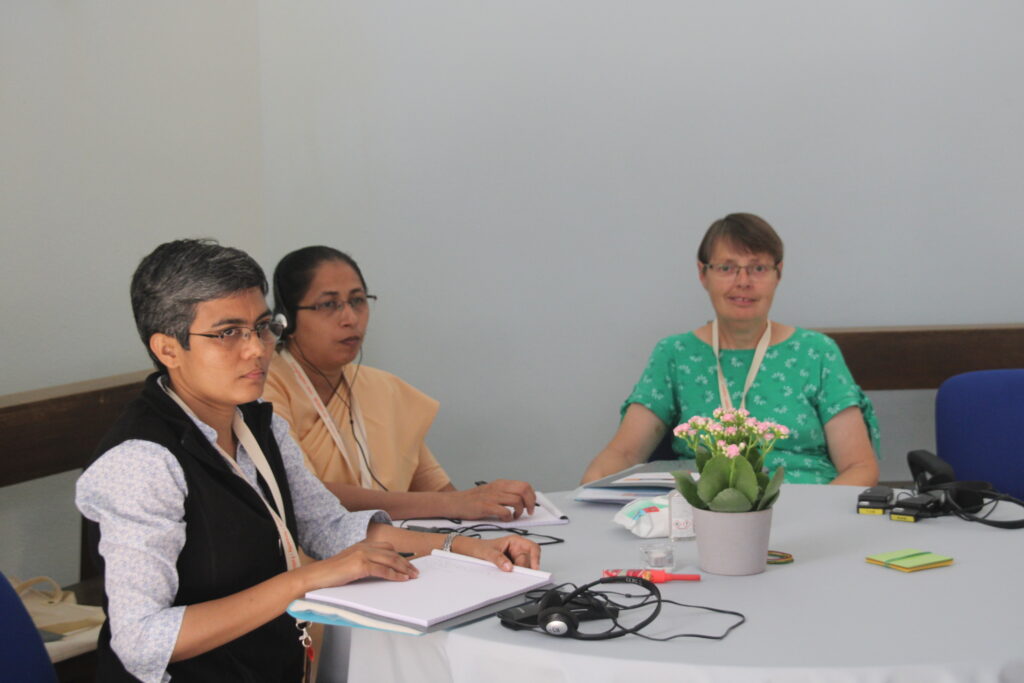 The secretariat is one of the most important duties during a GC. Our General Secretary, Františka Sedláková CJ, has been appointed as secretary of the GC. She is supported by Eileen Lineham IBVM being appointed as Administrative GC Secretary as well as Anu Georgeas CJ and Soumya Konattu CJ. They are writing the minutes, supporting 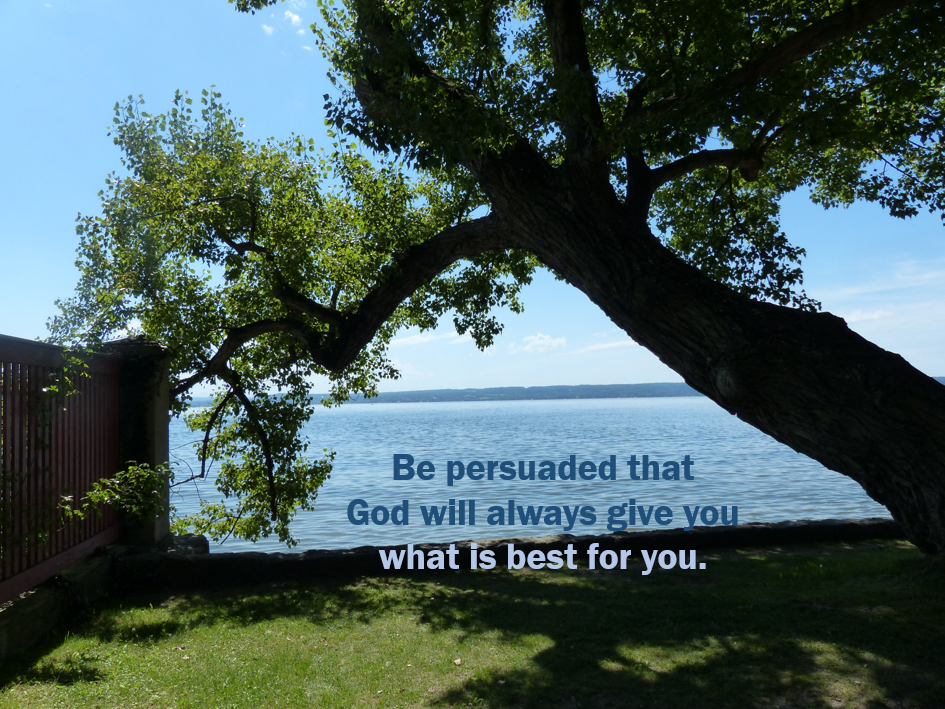 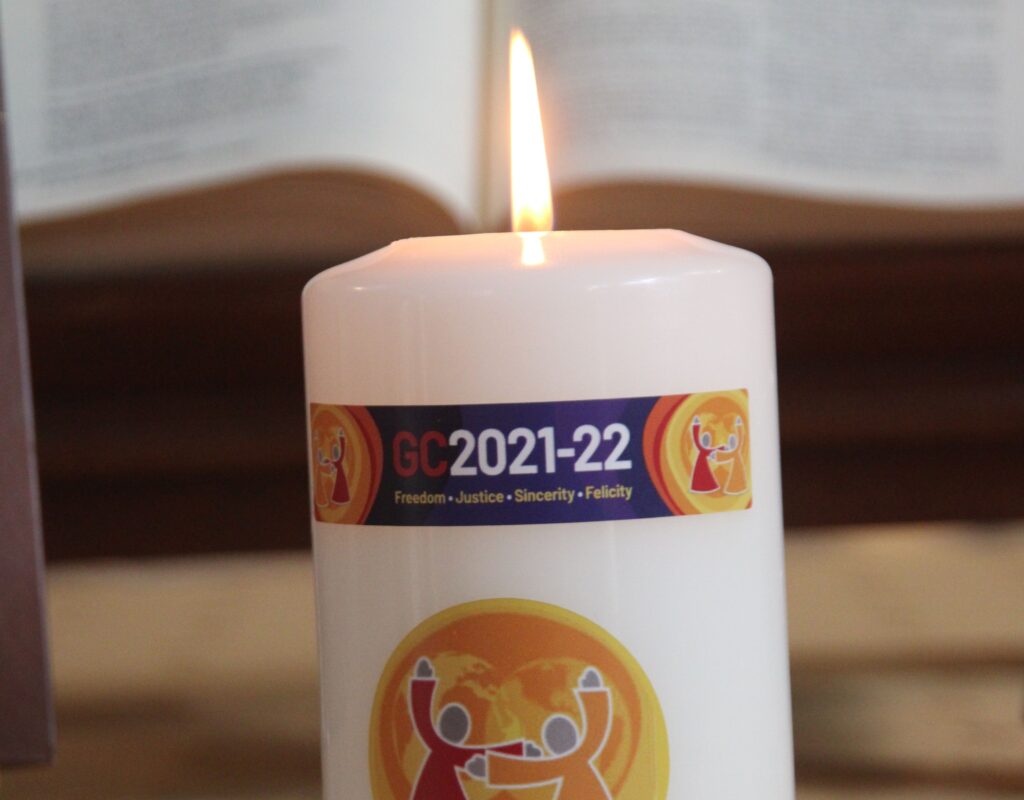 Heartfelt greetings and the fullness of the Holy Spirit with prayer I send especially for 29.08.22 Sr Hedwig CJ 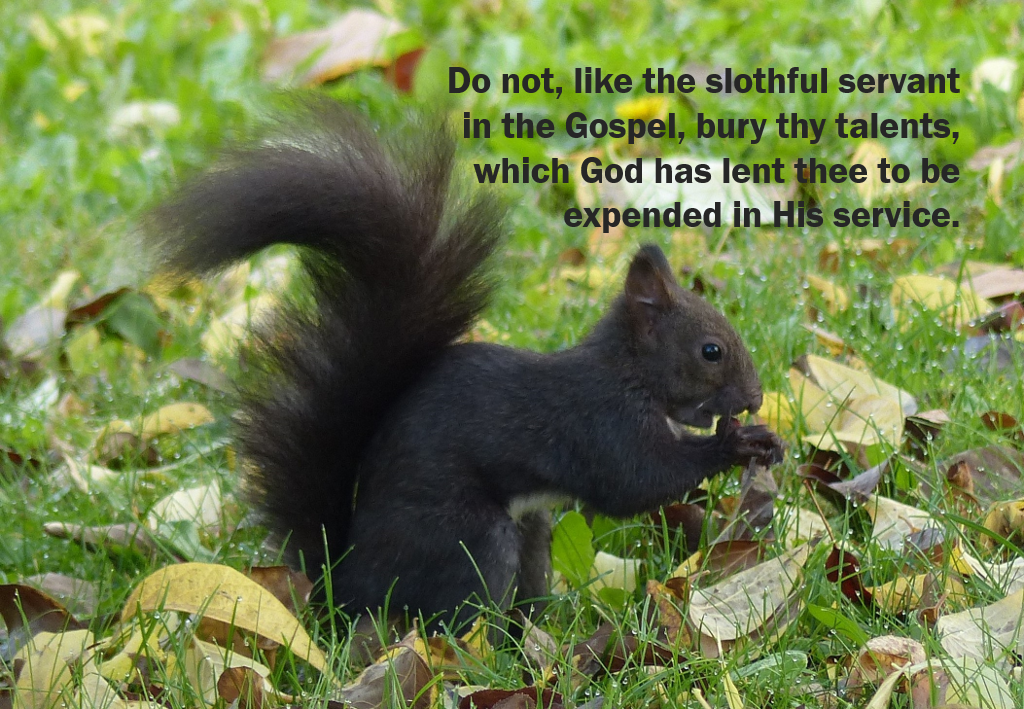 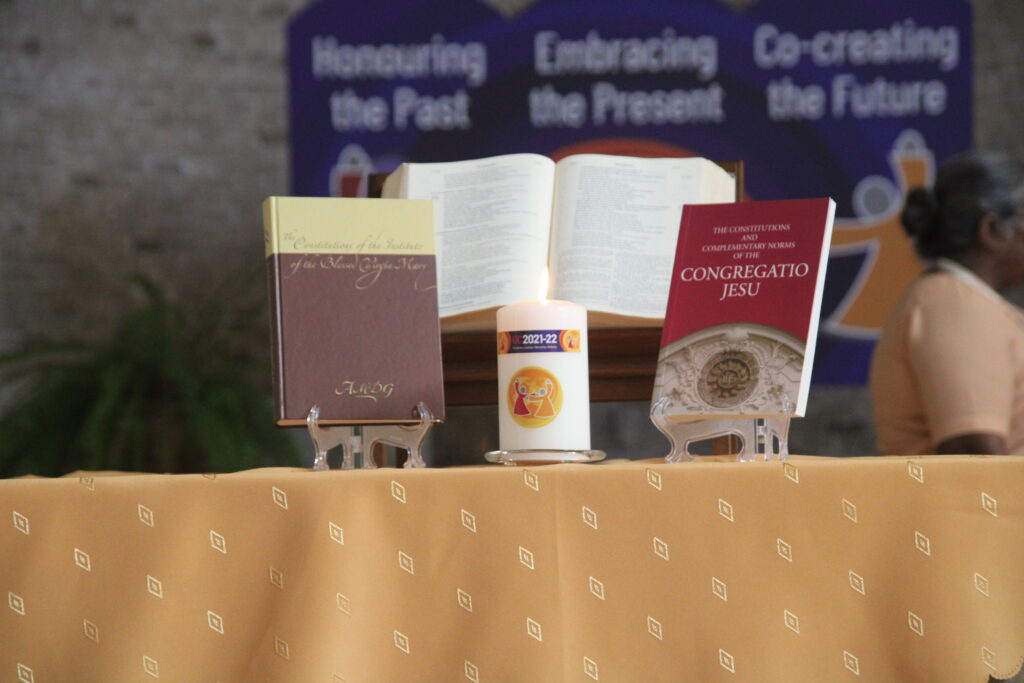 From Augsburg/St. Vincent the Sisters of St. Barabra greet you with great gratitude and joy:YES, HE showed the way from YESTERDAY to TODAY to TOMORROW….M. Xaveria CJ 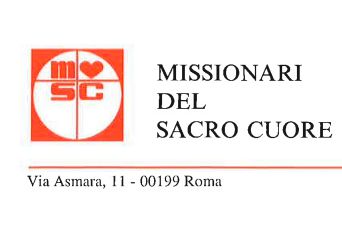 A message from the MSC fathers’ Generalate and community, who live in Via Asmara, very close to us in Via Nomentana, and who say Mass for us every day. 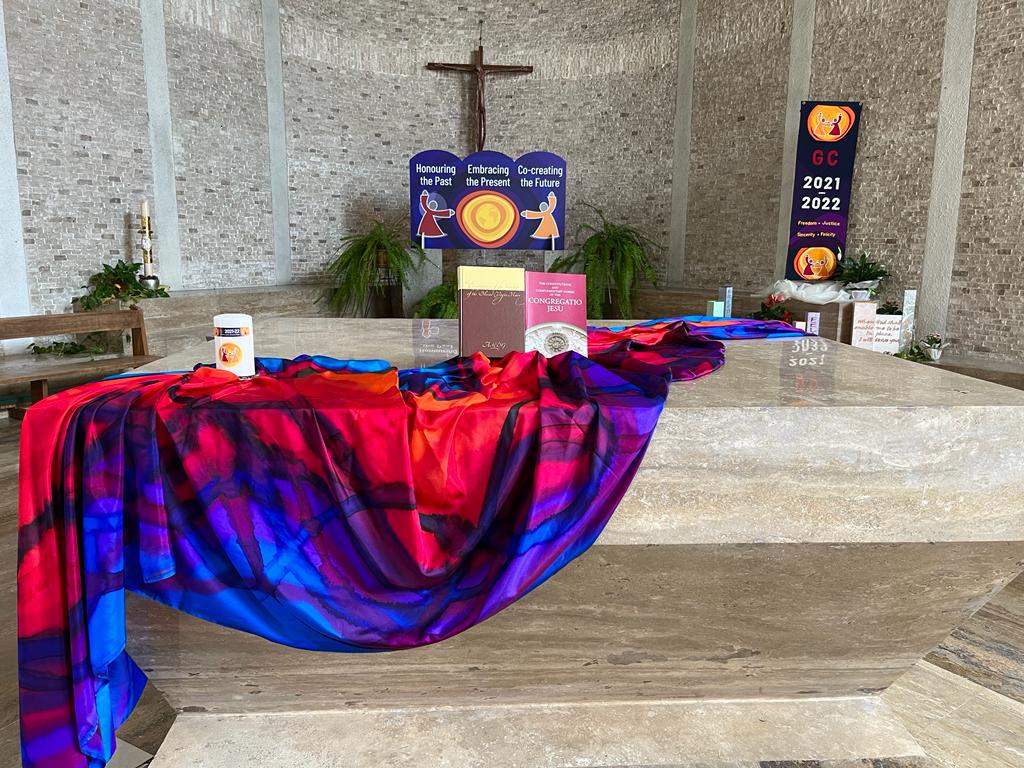 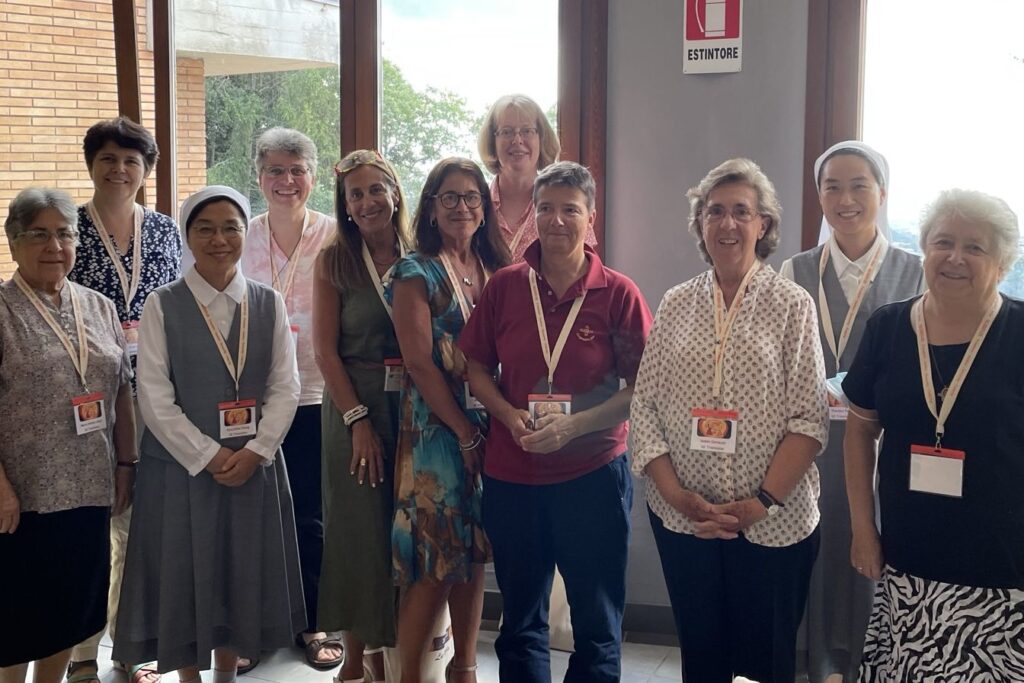 The GC is supported by many different people. We will introduce them here in the coming days. We will start with our translators and interpreters. They play an important role in ensuring that people from so many parts of the world and with different languages can exchange ideas and talk honestly with each other.The plenary